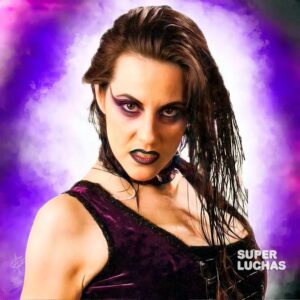 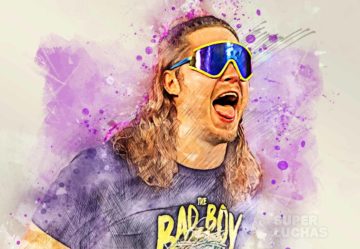 Making up for the cancellation of "WrestleMania Weekend" in April, GCW and his group The Collective present 12 shows in Indianapolis this weekend

WWE does not stop searching for new talent to unite its cast. Fighters and

WWE.com has released other names of the wrestlers who made a tryout this week in

Chieko Suzuki is her name, but in the world of wrestling she is better known as

No doubt the news of the moment is the 30 day suspension to which the Superstar of the WWE, Roman Reigns, after failing a drug test. Although it is unknown what was the prohibited substance for which Roman Reigns tested positive, the renowned journalist Dave Meltzer of Wrestling Observer Newsletter made it known new details of how little is known about the case.

As previously announced, diva Serena Deeb will say goodbye in one last fight this Friday

WrestleMania weekend is considered by fans as "the Easter of wrestling."

By Darkangelita, After her defeat in the last function of May 04 in Aztec Pro

Dan Murphy He is one of the main collaborators of ProWrestling Illustrated, last weekend he went to Chicago to attend the recordings of Shimmer and be able to deliver to Cheerleader Melissa the recognition that the prestigious PWI granted him for leading the Top50 of the women's fight. While in the dressing room area, he witnessed the spectacular injury that the fighter herself suffered in her encounter against Lufisto. Here is a summary of what he shared on the blog of the publication:

It is still number 1 in the American indies, certainly a warrior in the ring. Three times company champion SHIMMER, PWR (Pro Revolution Wrestling)) and also support the Angel Championship.

A few months ago, it was announced that the American company SHIMMER Women Athletes, will invade the company Bellatrix Female Warriors on October 6, formerly known as WAWW, was announced by the director of the British company and SHIMMER fighter,  "Sweet" Saraya Knight. She has also gradually released the names of who will be the 5 fighters of SHIMMER who will arrive to the old continent to make an invasion and face the fighters of Bellatrix, in event number 7. Below is the list of the 5 important names that will make the trip:

SHINE Wrestling, The young wrestling company that just celebrated its first anniversary is part of a community that many wrestling fans are not very familiar with and is the Independent Women's Wrestling. Next we will know a little more about this company and although it cuts, very interesting history.

As previously reported, Rebecca Quin, better known as Rebecca Knox, by passing through SHIMMER, signed a 2 year development contract with WWE. Quin, is a fighter born in Dublin, Ireland, He is 26 years old and 11 years old wrestling training. Despite his young age, he has fought around Europe, Japan and the United States, where he now joins WWE and has already arrived in Florida to join NXT, as indicated in his twitter account:

Sarah Knight, the former champion of SHIMMER, unveiled in a recent interview with “Figure Four Daily”, that the stars of SHIMMER will be reaching bellatrix 7, this October 6.

The independent veteran fighter Lufisto has announced that its protected calamity free time will be taken away from the quadrilaterals.

LuFisto indicates that the former NCW Femmes Fatales champion will no longer fight, here his words: