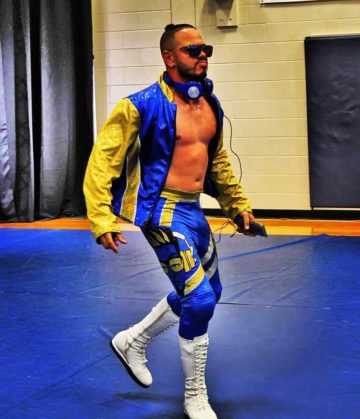 The event organized by LWA Peru was developed every year, Break Point 2013, where there were many emotions and news that surprised the entire audience. In addition the first challenger was met to the maximum title of Lwa.

Greetings dear readers of Superfights. This time I bring a fairly recent fight, but it was so good and it has had such an impact that I think it was worth writing about what this tremendous fight was in the Days of Glory event of Xplosion Nacional de Lucha.

The story of this fight is as follows: Sinner He is one of the best aerial fighters in Chile, if not the best, the public has always been very fond of him for his suicidal style, which can be seen in moves like this Swanton Bomb from the top of an Ultimate X, and also, for his sexy man character that fascinates the women who attend the events of Xnl. Precisely for this reason, the public used to regret that Sinner had never obtained a degree in Xnl, and despite having had several victories in his career, as long as the fight was about being a number one challenger or rightly for some championship, his efforts were unsuccessful.

The new event organized by the Academy of Lwa Peru (Leader Wrestling Association), New Blood-Redemption. This is where all the fighters trained in the school cycles meet in various fights. This is done to give greater continuity to the new values ​​of Peruvian wrestling. In addition to facing the fighters already consolidated.
Results:

The Latin American Wrestling Tournament continues its trajectory and this time Peru witnessed this show. The company LWA (Leader Wrestling Association) presented on Friday night, its mega event "Reyes de la Lucha Libre III" whose relevance is to know who are the semifinalists of the tournament, which will culminate today Sunday in the XNL of Chile. Here are the results and classifications:

About us BWF (Brazilian Wrestling Federation)  presented today, the first date of “Latin American Wrestling Tournament”. This tournament will continue on Friday at the LWA company in Peru and will end on Sunday in Chile. Here are all the results:

A few days before the start of Latin American Wrestling Tournament, Karcamo "The Forger of Pain" and Panama Jack Daniels, they send a warning message to the LWA Peru roster, a company where they will see action on February 15 at Coliseo Aelu. Here is the official poster of the event:

A few weeks before the Tournament starts “Latin American Wrestling”, Panama has announced its representatives. The #TeamPanama It will be made up of Karcamo "The Forger of Pain", Nick Romano, Panama Jack Daniels and Angelus. These fighters will see action on February 15 in Lima (Peru), at the Leader Wrestling Association (LWA). For this event, wrestlers such as Super crazy, Kenta, Marufuji, Ishimori, Ricky Marvin, Eddie Edwards among others.

The Japanese company Pro Wrestling NOAH has announced that 3 of his fighters have been invited to participate in the “Latin American Wrestling Tournament” to be held in the month of February 2013 in Brazil, Peru and Chile.

The trip to South America of the triple champion Super Crazy has already started, the first stop was

Text taken from the site Fire in the ring, note of Danilo navarro

In 2012 in Sao Paulo Brazil, the event repeats the great event with 24 hours of wrestling that could offer Brazilian Wrestling Federation (BWF), in a bigger and better version. The biggest wrestling championship in Latin America is coming.

This year the South American Wrestling Championship is coming to the Virada Cultural.

Now, for what really matters, it is who the fighters will be participating in this tournament.
Here I inform you that on behalf of Ecuador and WAR - Wrestling Alliance Revolution - It will have two of the great names of the Ecuadorian fight: Hades and Megastar.

For more information on this and future events please visit our official site at www.war.ec or

For more information please visit our official website at www.war.ec

Greetings friends of superfights.net and fans of world wrestling, WAR -Wrestling alliance Revolution- of Ecuador is pleased to present your event today King of Kings 2012 with the participation of the legend of world wrestling; Last dragon, who is emerging as a great favorite to win this award, the cost of admission is 7Usd. Adults and 3Usd. Children, this event will be the March 09, 2012 in restobar facilities Knockout (Av. De los Granados No.500, diagonal to Fybeca, 150 mtrs. Before the cyclist's round) Quito, Ecuador.

Greetings friends from Superluchas.com and fans of world wrestling, WAR presents its first event of the year:

Superluchas.com users chose these fighters as the 3 best in Latin America in 2011. Meet

By Grafica XNL Under the Latin American Wrestling Alliance, we have already had important moments like Caoz and 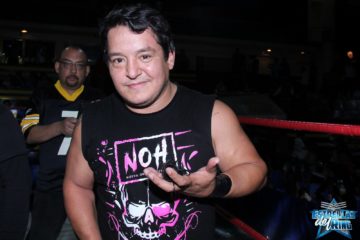