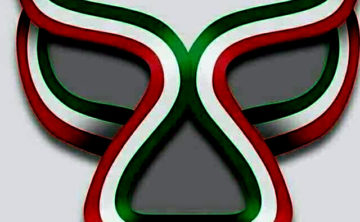 In the middle of the Mexican Wrestling Day, the pandemic has shown how unprotected the wrestling sector is. 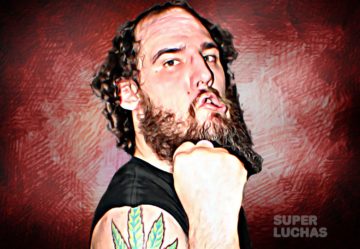 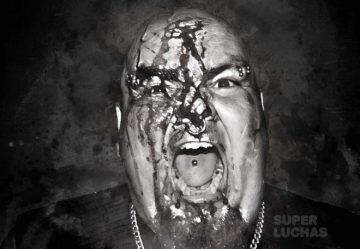 Supreme passed away: The extreme fight has always been characterized by having among its ranks the fighters

Originally known as the Independent Wrestling League, in mid-2010, and later renamed the International Wrestling

The man of the moment is Kenny Omega. The parallelism that was created from his career with

A little over a year ago, our Editor-in-Chief remembered how life - or rather,

On the occasion of the Children's Day festivities, Hawk Eye Gym in conjunction with radio broadcasters from

It was 2011. Between the night of Monday, October 10, and the early morning of Tuesday, October 11, it happened

The end of the year holidays begin and although to a lesser extent, due to the seasonal closings of some companies, the Mexican wrestling offers us excellent options to spend a pleasant time in the company of family or friends. Enjoy these days of rest and experience the best of spectacle sports. On behalf of your servant, I take advantage of the space to wish you some Happy Holidays in the company of yours.

Again we bring to you the best options so that you can attend and enjoy the best that Mexican wrestling offers us this weekend. Don't forget, the billboards run from Thursday December 05 to Tuesday 10.  Safety pins: the closing of the season at the Monterrey Women's Arena, Guerra de Titanes in Tepic and the presentation of the stars of CMLL at the legendary Arena Afición de Pachuca. Live the magic of sport show!

As every Thursday, we bring you the best billboards of the functions of Mexican wrestling that will be presented this weekend, so that you can enjoy the magic of spectacle sports throughout our country. Remember the functions will be taking place from this Thursday until Tuesday.

Although I had several years working in various luchistic companies, Valerie richter gave face to the luchistic world when he assumed the presidency of the I.W.L., then called Independent Wrestling League, with its arrival the name changed to International Wrestling League and the best stage of that company arrived.

La Mexican wrestling It offers you a large number of possibilities throughout our country. Where there will be promotions like next Tuesday in the Arena Mexico where all the Arena will be at 2 x 1; Guerrero Azteca and Cachorro II play mask against hair in the Matamoro Quadrilateral Arenas on Saturday 9; The World Championship of Couples CMLL defends itself for the first time the new champions La Máscara and Rush will face a pair that already had it on their waist: Tama Tonga and Terrible this Friday in the Mexico; A heartfelt and deserved tribute will have the teacher Panchito Villalobos in the Gloria Gym of this capital on the 9th, two years after his departure.

Fire Ninja He has been a discreet fighter, but with great achievements in his wrestling, and this past Tuesday, November 5, he achieved one more victory in his career during the show that the International Wrestling League performed in the comfortable Arena Hobby of Pachuca, Hidalgo, leaving without his mystery to 2000 Falcon, who confessed to be called Arturo Valeriano, after a cage fight where Pantera I, Super Mouse, Super Pinocchio, Super Doll, Freelance, Mike Rivera, Crazy Max, Phantom of the Opera, Carta Brava, Buzz and Black Brain were involved.

La death It is something random and at the same time so natural, José Saramago portrayed it as something so human: “To die is, after all, what is most normal and common in life, a matter of pure routine, episode of the endless inheritance of parents to children ”, but there are occasions that the circumstances of death become somewhat confusing that leave those of us left alive with a very large gap and a thousand questions unanswered.

Silent killer, specialized in attacking women, destroyer of families, annihilator of dreams. That and more is how you could catalog the Breast cancer, a disease that has devastated the female population of the world, being one of the main causes of fatality among women. Only the World Health Organization reports 458,000 deaths per year from Breast Cancer. That is why worldwide promotes awareness raising and awareness campaigns on this topic throughout the month of October.

The controversial LA Park wants revenge on the winner of the 80th Anniversary of the CMLL, La Sombra, for having unmasked his nephew Flying Jr., on September 13 at the Arena Mexico, he says so through this video.

Will it come soon to the “Mexico Cathedral”?.

The President of IWA Florida, Jose Mateo, affirmed through the RG La Deportiva 690 AM regional station that:

“In Mexican Wrestling, what is failing is the misuse of technology, because fans are only looking for information, what happened and not, through forums. That affects his wrestling a lot. The wow factor is over for you because of technology”

What do you think?.

This Sunday May 19, the mythical Lopez Mateos Arena celebrated with a great function its 46 years of existence.