After many failed projects Antonio Inoki He finalized his professional wrestling project with the shoot wrestling style, establishing in 2007, Inoki Genome Federation.

"Featured fighters from around the world” should participate in IGF events, the best known being the “GENOME” series that featured a mix of professional wrestling, shoot wrestling, and mixed martial arts.

Initially, Inoki held the first IGF events with former NJPW wrestlers such as Tadao yasudaIt also had the valuable sponsorship of the company G-Taste / G-Communications. In addition, Inoki transferred the license he had from NWA with NJPW to IGF, although it only kept it for a year.

It was in the first role that Inoki got into controversy with NJPW over the IWGP Full Weight Championship, which was played in the main match between Brock Lesnar y Kurt Angle. Lesnar was the title holder until July 2006, but then refused to lose against Hiroshi tanahashi, after which NJPW stripped him of the title. However, Lesnar refused to return the belt. When the IGF main event was announced, Inoki stated that Lesnar was still champion and that the title would be at stake. The NWA governing body recognized Lesnar (and later Angle, who won the title on the debut show) as the NWA Champion of Japan. while Inoki and other promotions like TNA they went on to announce Angle as the IWGP Heavyweight Champion. It was until February 17, 2008, that Shinsuke Nakamura won a unification fight against Kurt Angle, which was conducted by NJPW as part of a cooperation between the company and TNA.

Until 2011 IGF had its own title, which it awarded through a tournament between February and July 2011. The final between the K-1 legend, Jerome le banner and the American MMA fighter Josh barnett should take place on August 27. Due to a fight with strike force, Barnett had to cancel his participation a few days before the event, so Le Banner was named champion without a fight.

In mid-2017 Antonio Inoki left IGF after 10 years of tenure to promote a new project called ISM, leaving his son-in-law Simón in charge of IGF. He turned the company around by creating the NEW concept to replace GENOME, which led him to directly confront Inoki by the name of IGF. This conflict and the loss of sponsors caused IGF to close in 2019.

How to view IGF functions

IGF broadcast its events on SamuraiTV! Starting in 2014, IGF announced an agreement with PPTV, a Chinese web service specialized in sports, to bring its programming to the Chinese public. This agreement remained in force until 2017.

IGF's biggest and best known series of shows was “GENOME” and featured Antonio Inoki's idea of ​​professional wrestling with a mix of shoot and mixed martial arts. 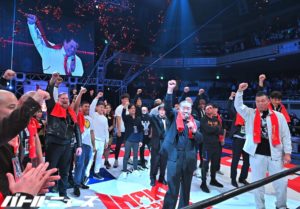 In a special function where various fighting styles were combined, "INOKI BOM-BA-YE x Ganryujima" was presented in honor of Antonio Inoki 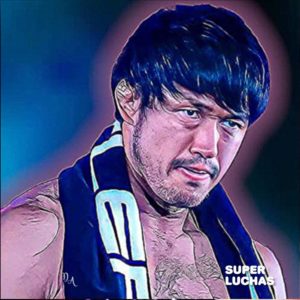 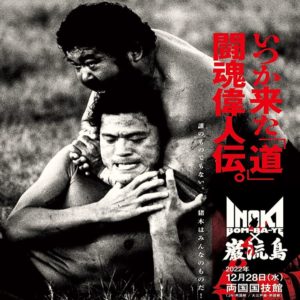 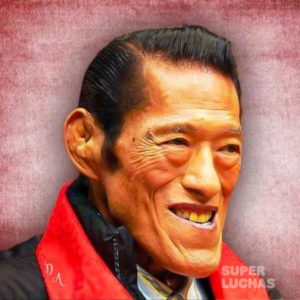 Japan woke up to the news of the unfortunate death of the legendary Antonio Inoki. There is mourning in world wrestling. 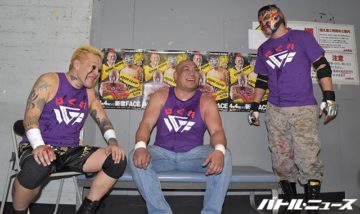 The Japanese company based in China, New Wrestling Oriental Heroes, emerged after the division of IGF, to

The complete poster for the function called “International Flight” was unveiled, the first event that promotes

New Wrestling Oriental Heroes, the first company based in China, began its activity in the fight

The full Poster, meeting schedule and other details for the tournament have been released

As we have already informed you, the third edition of the Lucha Libre World Cup will take

The definitive poster for NEW “2nd Series - Korakuen Show”, the function has been released

A few days ago we announced the news that the legend of Japanese wrestling,

Inoki Genome Federation (IGF) commemorated the 40th anniversary of the meeting between Antonio Inoki and Muhammad Ali in the so-called Different Style Match (the first time a wrestler faced a boxer), with the event “Inoki - Ali Anniversary Tokyo Show".