Goldberg: "I have no fights left with WWE but I want to beat Roman Reigns"

Elimination Chamber 2022 saw the last fight of the contract Goldberg with WWE. The Hall of Fame member faced Roman Reigns for the Universal Championship. He lost a referee's decision in just six minutes in relatively surprising fashion when the Samoan was choking him.

To our knowledge, "The Phenom" has not signed a new agreement but that is what is going to happen. Because he wants to see each other again with the "Tribal Chief" and beat him. And furthermore, he did not make this statement on social networks or other media, but in his recent interview on WWE's The Bump.

"Good, I have no fights left on my contract, but I know a way we can do it. I need to face it again for that little chokehold in Saudi Arabia.«.

Goldberg also talks about there are other fighters who could beat ReignsAs Brock Lesnar.

“I think there are a number of superstars who are capable of dethroning him, definitely. It has to be the right time, the right place, and it has to be one on one. That's hard because nowadays with The Usos, he has a built-in bodyguard system that works pretty well for him. I think Brock (Lesnar) definitely has a chance to do it when he comes back.. Like I said, I think there are a number of people in the cast right now who have the potential to beat him, but it all has to fall into place. It is very dominant, we have seen it for the last year or more. It will take that special someone to come out and dethrone him. I think there are a couple of people who are more than capable of doing it."

And later thanks the WWE Universe:

"It's been a long road, there's no doubt about it. fans mean everything to me. The young, the old, the in-between, the boys, the girls, the blacks, the greens, I don't care who you are. I couldn't be who I am without you. I will be eternally grateful for the rest of my days. My days are not over yet. My days may be numbered but my days are not over. I have a monster garage and gym under construction that will be ready in about a month, and If you think I'm not going to live there for the rest of my life, preparing myself for what's next, you're crazy.«.

Would you like Goldberg to face Roman Reigns again? 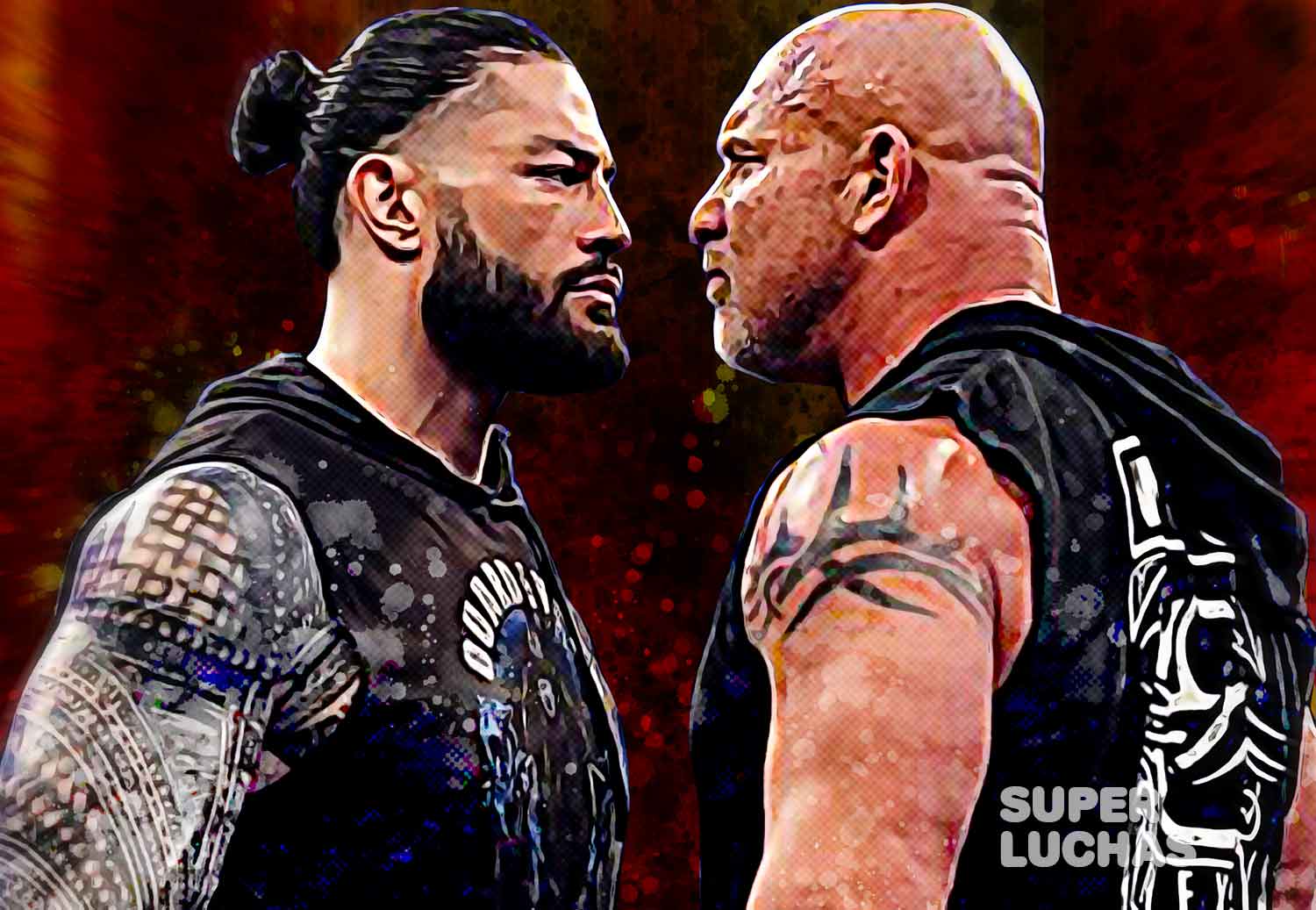