Dominican Wrestling Entertainment was a professional wrestling company founded in 2008 in the Dominican Republic. The company had the ex-commenter WWE, Hugo Savinovich, as general manager, but ceased operations in 2013.

The latest DWE news below: 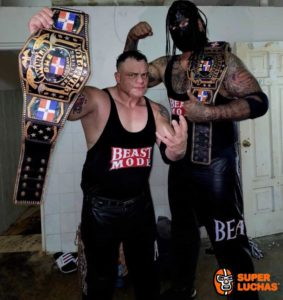 Beast Mode are the new champions of the DWE company. 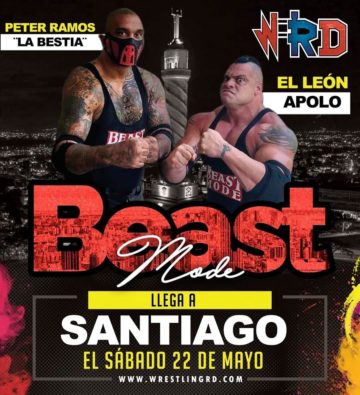 The largest wrestling company in the Dominican Republic, DWE began to warm up the engines with

This article reflects the opinions of the author, and not necessarily of superluchas magazine.

This is how the "José Miguel Agrelot" Coliseum of Puerto Rico looks for the great function WWL "Idols of Wrestling" this Sunday April 21 in San Juan, PR.

Some international stars like Texan jr., Axel “El Nieto del Santo”, Sicodélico Jr., Pierrothito, Mini Chupacabras, Bobby Roode, James Storm, Rico Casanova and Lince Dorado are already in Puerto Rico to participate in WWL "Idols of Wrestling", mega event that will be held tomorrow, April 21 at the “José Miguel Agrelot” Coliseum, where the AAA Evolution leader and shareholder of the Mexican company Triple A will be present, Lic. Dorian Roldan.

It will be the next 1st. July when the stars of the DWE (Dominican Wrestling Entertainment) return to the Club Los Cachorros de Cristo Rey to present their new professional wrestling poster.

In star combat, in Triple Threat for the Complete World Championship Eclipse faces Makiavelo and Storm

This next May 27 the Dominican wrestling entertainment returns to Cristo Rey's "Club Los Cachorros" to present his new professional wrestling card.

LEGEND, “Wrestling as you like it”, brings for the fans a very special VIP package for FAN FEST V FIGHT, an event that will take place this Saturday, May 19, 2012 in the Sexennial Plan and that will bring together more than 100 fighters to share with the fans, in addition, there will be a tribute to five great fighters, of which three have been released so far: Hayabusa, Lizmark, Mr. y Kensuke Sasaki "Power Warrior"Who will be the remaining two?

To close this great luchistic cartel with a flourish, a clash of countries will take place: Mexico vs. Japan, the representatives of the countries being announced soon.

The Dominican Wrestling Entertainment (DWE) has everything ready for the presentation of its new billboard of Wrestling next March 18, at the Club "Los Cachorros" in the city of Santo Domingo.

Greetings friends of superfights.net and fans of world wrestling, WAR -Wrestling alliance Revolution- of Ecuador We leave you with two videos, the first with an affectionate greeting from the legend of professional wrestling Super crazy, then a video with the surprises that WAR holds for the month of April, with the presence of Super Crazy, Dick Togo and Rico Casanova, the three great exponents of world wrestling.

The National Xtreme Fight presented with total success its Devastation event, which was the continuation of

Greetings friends of Superluchas and fans of wrestling worldwide, a few weeks after the event of the professional wrestling company WAR, Atángana 2011: Fire in the Ring! We leave you with a video of the current DWE World Heavyweight Champion, Rico Casanova, who has a message for his rivals: Romeo "El Magnífico" and MaxXx Viper, as well as for all the fighters that belong to WAR.

On June 3, 2011, the LXN (National Xtreme Fight) will present Challenge, where the

This coming Friday, April 15, 2011 at the Yuyin Luzcando Gym in Bethania, Panama, at 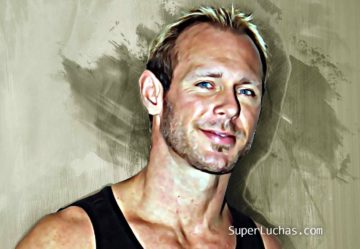 The show begins with a rewind of what happened last week, where Rico is seen